Ethiopia a country on the brink 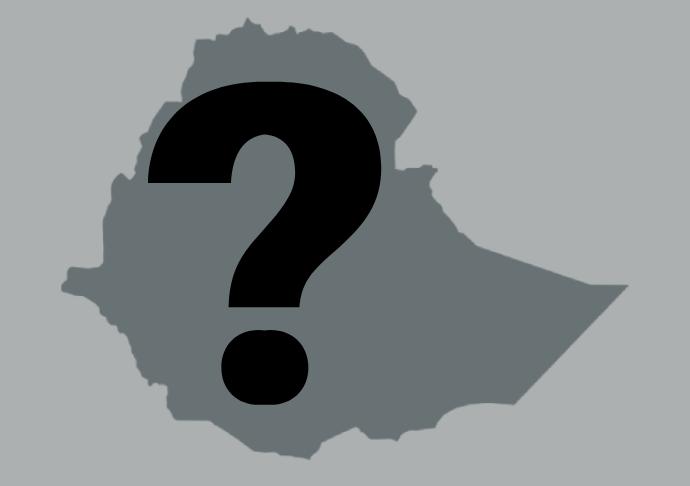 If Abiy Ahmed’s political misadventure is not handled carefully, they have the potential to break Ethiopia apart.

Few years a go, Ethiopians were faced with a dilemma about the country’s political future. They wanted change all right. The predicament: when they said change, they meant a change for the better. Because, as much as, the pursuit of democratic change was the optimal goal, it was equally important who leads that change or who tags along. Remember there are many cats among the pigeons.

To put it another way, in the stifling ambience of EPRDF’s “authoritarian” regime, people were desperate for a breath of fresh air. The problem is when the window was finally open, instead of fresh air, or in addition to, nasty things keep blowing into the house.

If suppression’s stifling air is replaced by poison gas, there is no net gain for the people – not even a gross gain.

This is not of course unexpected. The Ethiopian people were aware things might go wrong. That is why there was a cloud of ambivalence during the protest leading to PM Hailemariam’s resignation. Keep in mind the objective of the Oromo youth movement that spear headed the protest was not for a change of government, but for the reform of the incumbent government.

Unfortunately, everything changed when the morally and politically justified peoples’ movement was hijacked by those with ulterior motives and traitors.

The consequence: instead of democracy we got despotism, instead of utopia, we have dystopia, in place of peace came the chaos – need I say more?

This because the so-called change has given as a prime minister who is narrow minded, self-righteous, overbearingly ambitious type, and totally lacking in conscious. Who has surrounded himself with charlatans and wolves in sheep clothing who lie and dissemble to their heart’s content – who have a habit of making a jock of truth by spinning false narratives.

An economy in shambles, lethal street crimes, regional crisis, Africa’s worst internal displacement – It is hard to find a misery that Colonel Abiy Ahmed’s government hasn’t visited on his compatriots in his barely two years in office.

Far from resolving the country’s problems, the colonel couldn’t even keep himself out of trouble. However, his staying game-plan seems to be dividing the people in to “us” and “everyone else” which is a dangerous and unsavory politics.

Shortly after he was sworn in as a prime minister, Colonel Ahmed claimed his government would be the most Ethiopian ever. This is the kind of empty political sloganeering that one can only stare at in hopeless wonder. It raises the question, what were previous governments for?

We were then further baffled with his parsimonious and compassion-less action or the lack of, in relation to the uprooting of millions of citizens as a result of communal conflicts.  He instead spent to the tune of 3 billion birr to renovate his temporary residence, the Menelik palace.

Nothing Mr. Abiy said or did in the last two years, though, is more troubling than his flirtation with the political actors of the yester years.to the detriment of the federal system. The Colonel’s actions and proposals in this regard are a violation of the constitution and a breach of democratic civility.

By violating the constitution as he has done in dissolving EPRDF, blackmailing or coercing other parties to join his newly formed party, establishing military command-posts essentially putting some parts of the country under de-facto state of emergency – the colonel may have trumped his own dismal record.

But he is done yet. He keeps issuing proposals that not just bend the rules, as he has done repeatedly since coming to power, but also to junk the constitution, in an attempt to fashion the executive, legislative, and judicial institutions into a tyrant’s toolbox.

For a while, Colonel Ahmed no doubt managed to fool the public with his deceptive political antics. But now his popularity is melting faster than snowflake in summer.

What’s more alarming, since the colonel come to power, the country has been split in to two diametrically opposed political camps: On one side the progressive federalists banking on strengthening the federal arrangement to give the Kililes [regional governments] more jurisdictional powers and on the other side, reactionary unitarians who are bent on bringing back the old discarded system of government by any means – even out right dictatorship.

It goes with out saying, Ethiopians overwhelmingly are behind the first camp while the colonel stands with the latter group. However, after two years of self-immolation, he has squandered even the support of the reliable unionists.

As we speak his forces are committing insurmountable crimes against the very people who catapulted him to power [Oromos] on many directions. What is equally clear is the colonel’s power play is a gesture of desperation camouflaged as a show of muscle.

As the colonel cages himself in, it is hard to see the way forward. But as enfeebled as his administration appears, he is not alone. Informed analysts argue he would not dig in with out cover from foreign powers: the Arabs, the US, and the Eritrean despot.

In a sense, Ethiopia under Colonel Abiy is moving closer to being a banana republic at the mercy of foreign power and influence.

But that pact is not bullet proof. The mass street demonstrations and violent clashes gripping the country are testing the convictions of Abiy’s guarantors, especially the US. According to reports, that is why during his state visit to the country, Secretory of State Mike Pompeo, is believed to have instructed Abiy Ahmed to get his acts together. Among other things, the secretory of state told the PM to alter his approach towards TPLF.

As for the others [ the Arabs and the Eritrean dictator], the grand plan is – As long as he avoids competitive election [ which they believe he couldn’t win] they will try to sustain him in power. Now you know why the Eritrean tyrant’s rant against the upcoming Ethiopian election.

The problem for Abiy Ahmed is this. In the eyes of the Ethiopian people being seen as a puppet of the Arabs or Isayas is a liability. Furthermore, they are not reliable partners. The Eritrean despot is a man regurgitated by his own people and is in no position to rescue Abiy Ahmed if the going goes tough.

So far, the Saudi Arabian and the UAE governments have rewarded Abiy Ahmed hundreds of millions of dollars for his servitude, the money he is using to bribe the country’s media establishments and politicians. Nonetheless, I have no reason to think the Arabs generosity will continue. After all the imbecilic Colonel has given them more than they bargained for: a weak, fractured, and unstable Ethiopia. Hence, it won’t be long until they discard him like a used toilet paper.

In a nutshell, Abiy Ahmed’s political misadventure is a flash in the pan – is going to end sooner than we thought. But that is of little comfort, because, the national crisis he created (sown) and his treason are so grave they will haunt the country far beyond his departure – If not handled carefully, they have the potential to break the country apart.

The Grand Ethiopian Renaissance Dam - GERD: At the mercy of World Bank and the USA

Woyane Tigrai is the Phoenix, the ultimate symbol of strength and renewal!