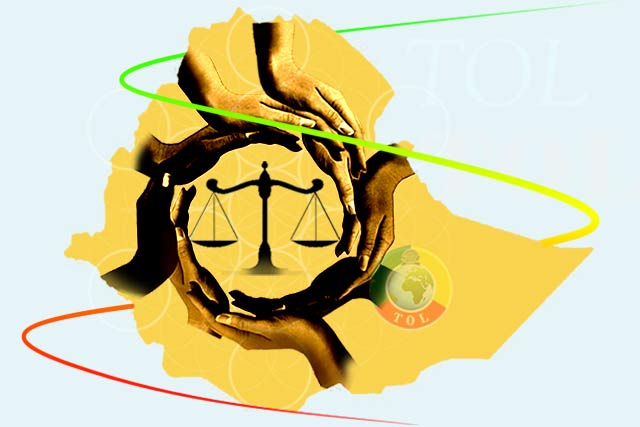 The constitution declares that the economic, political and social issues of our country and our region would be performed based on the active participation and decision making of the people and this was done for the rights and opportunities of the people to be central part of the issue. This is executed and reflected in the performance and activities of the government to be transparently known, discussed and with common understanding (consensus), as described in details in all the Articles. As a result, in the modern constitutional philosophies, it has become usual to use the phrases’ transparency, accountability, delegation of powers, establishing democratic institutions, civil societies that represent the aspirations of Associations and non-governmental organizations. This is not only typical to our constitution, but it is a special power and identity to the direct participation of the people.

Such a special identity to our constitution was necessary because it glorifies the transparency, accountability and the daily participation of the people and the weaknesses seen in the process can be minimized and corrected timely. The Tigrai National and Regional Government and its leadership has designed and put in to practice the system that questions and public opinions must get rapid response and clarity so that the campaign of prevailing good governance and development can be strengthened and it is at the right track.

Based on this, the National and Regional State is striving for the implementation of good governance by making a close follow up, monitoring and evaluation to the highest level. It has started listening to the public opinions and questions at every level and according to the schedule; to transform the issues that got a common understanding to practice and making clear to the public is a normal process that cannot be oversimplified and everyone in the leadership has started to practise it.

A case in point is the recent rounding of the president of the Region and all the members of the Executives. They have made a visit to seven towns and discussed with the people and has indicated and approved that the visit is fulfilling the aspirations of the public. This visit was conducted at the eve and the day after the May 28 silver jubilee and it was done according to the timetable set.

It has improved the common understanding and consensus between the leadership and the public. This is a reflection and indication of the fact that the Regional State is strictly following with good discipline for the political and economic issues to be understood clearly by the people, and enhance the democratization process on a daily basis and avoid the back wardness. The process of availing transparency and accountability is reflected by the democratic institutions and democracy creates conducive atmosphere to the people to get organized and establish non-governmental organizations and civil societies. Giving rapid response and explanation, answering the public opinions an questions directly is indispensable and plays a vital role for good governance. The leadership has taken this seriously and the level of transformation is in a good condition.

The main direction is that all public opinions and questions are the basis for a rapid response to solve the problem in a short term or long term. This is determined by the people whether it could be solved or not. This can be reached at a consensus with the public at a scheduled time set for its practice. The other direction is that the public opinion and questions can be more than opinion and can be expressed practically. This could be answered from the principles of the government; if the government is certain that these could be solved in a long term basis and with the policies and strategies, the government will discuss with the people who have questions and opinions in partnership giving enough time and documents so that a consensus can be reached.

Therefore, the National and Regional State would like to call up on everyone in the hierarchy of the leadership to listen to the opinions and questions of the people based on the principles and the time table set, and to give a rapid and positive response so that the public and government campaign on good governance and development can be achieved.

Reflections on Strategy for Sweden’s Development Cooperation with Ethiopia

Eritrean mercenaries tell their own story

This is the Brotherhood plan for America, what is the plan for Ethiopia?

The hidden agenda beyond religion in Ethiopia

Challenges and Prospects of Good Governance in Tigrai-Ethiopia

Marriage versus Single Life: Choosing the Lesser of Two Evils?

Understanding the Relationship Between Economic Growth and Food Insecurity in Ethiopia

Beyond Ethnocentric Ideology and Paradigm Shift for a Greater Ethiopian Unity

Eritrean policy of destabilizing Ethiopia going according to plan

Somaliland Isolated in the ocean of Ignorance

Open dialogue with the public to solve corruption

Question of identity in Wolkayit? NO, question of security

Ethiopia's timely bid for non-permanent seat at the UNSC

The Contradiction between Good Governance and the Developmental State in Ethiopia